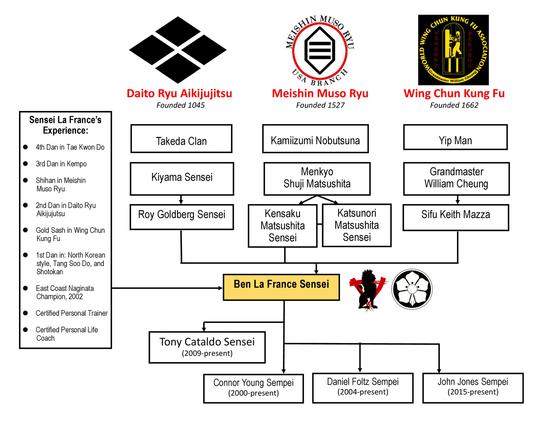 How can we help you?

You probably have a question or two about our classes, martial arts styles, and dojo. Well, don't be shy. Send us a message and we will get back to you within 24 hours.

Thank you for contacting us! If needed, you will hear back within 48-72 hours.

Sensei La France has been studying... training in... and always exploring the martial arts for more than 45 years. He loves it. He lives it. And it is a part of everything he does.

The story of The Martial Arts Studio started in 1998 when Sensei Ben La France looked around at the state of the martial arts community and said, “Things need to change.”

Strip-Mall karate schools were everywhere. They taught people how to kick and punch and focused on tournament fighting. No one (absolutely no one) taught people about the philosophies and values of the martial arts.

Sensei La France knew that there was more to the martial arts than winning tournaments or just getting your black belt. The martial arts were a way of life and he wanted to teach that to the public.

The martial arts community laughed when Sensei La France said he was going to open a traditional martial arts school. One that didn’t just focus on teaching techniques. But a dojo that taught people about the history of the art… the value system behind the fighting technique… and not just how to move, why you move.

But Sensei La France didn’t listen. And in 1998, he opened the dojo doors of The Martial Arts Studio. Because he knew that the martial arts weren’t about learning how to fight or even about making money. A true, traditional martial art was about making better people. And that is what he wanted to do.